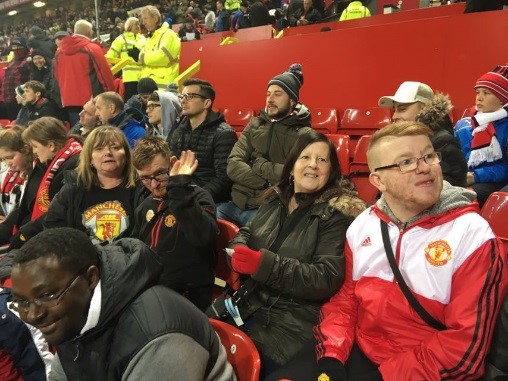 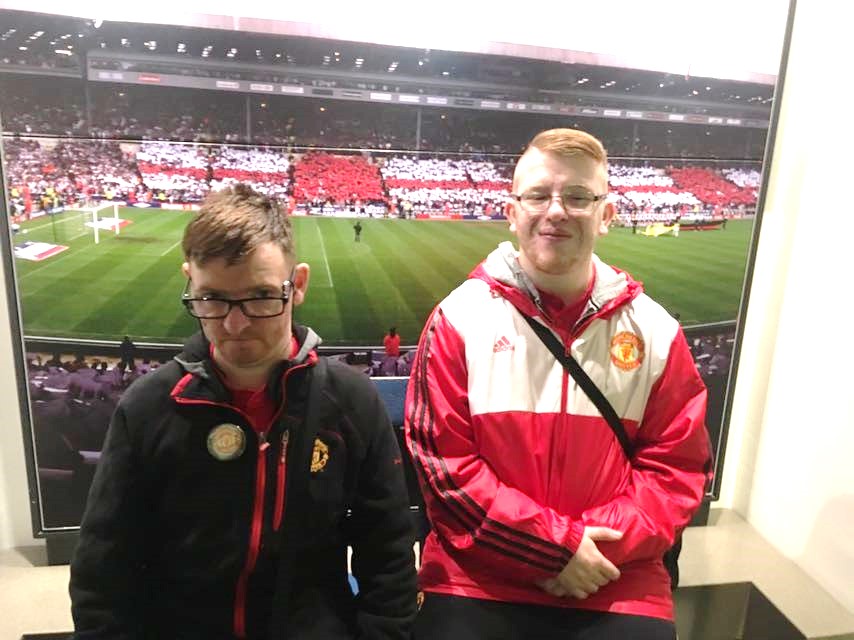 Avid football fans Aidan and Michael shared a fantastic day out at the home of their dream team – Manchester United……all courtesy of our Dream Days project.

The two fans and their mums spent a brilliant day at Old Trafford where they experienced the Legends Tour. They took in the behind the scenes experience at the world’s most famous football club, walking in the footsteps of footballing giants such as George Best, Sir Bobby Charlton, Eric Cantona and Ryan Giggs to name but a few!

Aidan and Michael stood in the player’s tunnel and could almost hear the deafening roar of the crowds! They visited the changing rooms to see where their favourite players prepare for the match and visited the trophy room to see the magnificent silverware brought home by their team. Then they were let loose in the supporters shop to pick up a few souvenirs of their day, all on Stockdales!

And the Dream Day didn’t end there! Fast forward a couple of weeks and Aiden and Michael are back at Old Trafford. After lunch at the Football Hotel they took up their seats to watch what proved to be a tense match against premier league rivals Newcastle United. Despite an early goal to Newcastle, Manchester came back fighting, with the final score Man U – 4 Newcastle – 1. What A result!