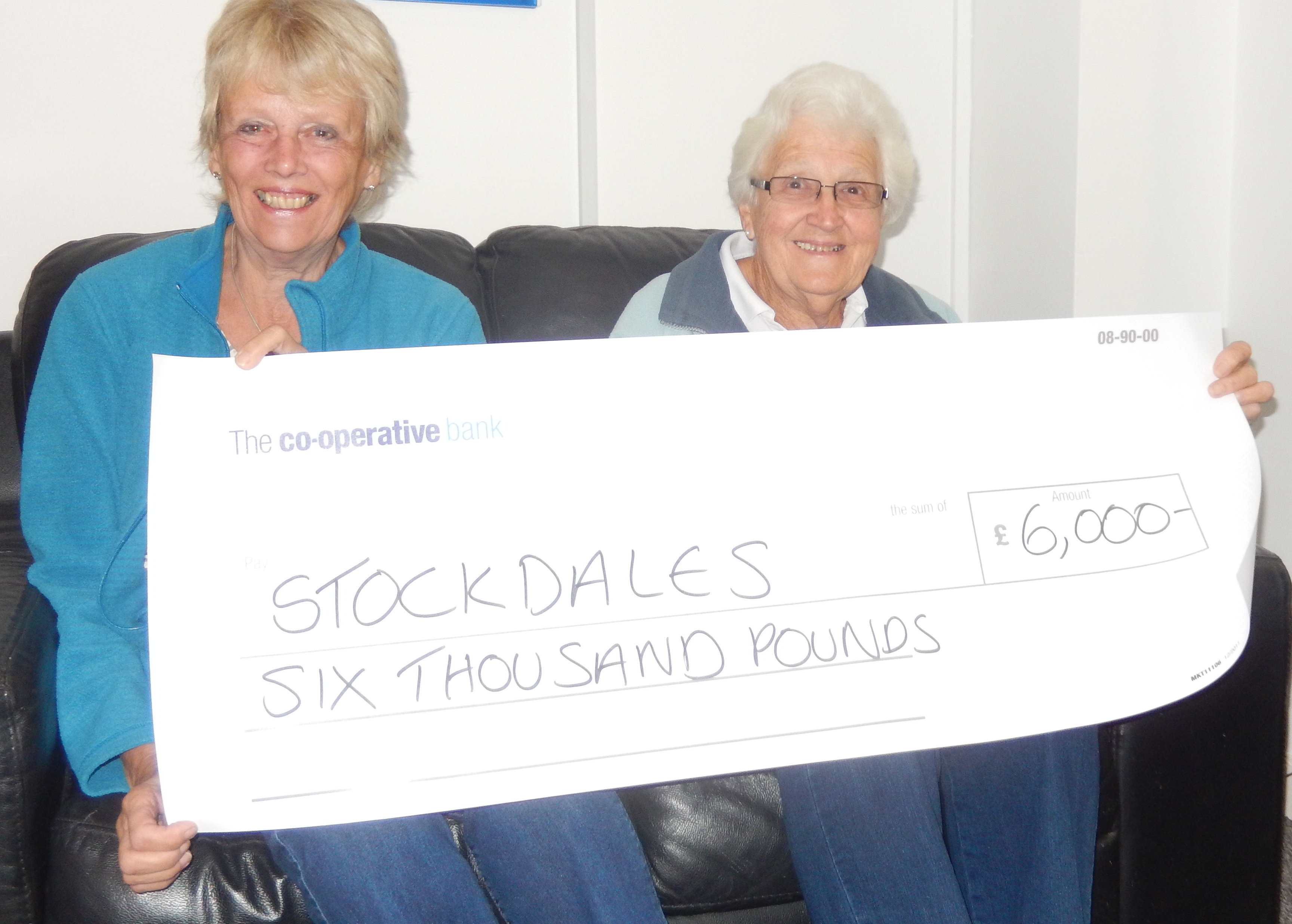 One of our fundraisers, Ruth, recently handed Stockdales a cheque for £6,000, which has contributed to an amazing total of over £50,000 achieved from 20 years of sheer hard work.

When Ruth retired from work she wanted something to get her teeth into. She decided to start raising money for charity by doing car boot sales and supported a national charity to start with. After a while, Ruth decided she wanted to support a local cause instead and a friend suggested Stockdales. She has supported us ever since.

For many years Ruth could be found selling her wares on the local car boot circuit and became the “go to” for friends who were having a clear out. Her house and garage often looked like a stock room filled with all sorts of weird and wonderful things. And more valuable items were shipped off to Marshall’s auction house in Knutsford who kindly sold them on to their customers free of charge.

Over the last couple of years, Ruth has had to slow down for health reasons but she hasn’t let that stop her. The car boot sales have been traded in for regular slots at Tesco’s in Sale with the help of friend Gill. And business has literally been booming with the help of kind donations of items from the supermarket for the ladies to sell along with their own stock. The pair regularly raise over £600 in a weekend from items priced to sell and have built up a loyal customer base.

We are truly amazed at Ruth’s hard work and determination and can’t thank her enough for her incredible achievement. She’s been up early and out in all weathers over the years flying the flag for Stockdales. She’s our superstar fundraiser and we think she is brilliant and a shining example of what it means to ‘do good’. Big thanks to Gill too who has also been an invaluable help. It’s much appreciated by everyone at Stockdales.

Ruth says, “Raising money for Stockdales has been great as it has given me something to do whilst helping local people at the same time. I worked in retail so selling is second nature to me! Gill and I have got lots of enjoyment from it and we’ve met some lovely people too. We couldn’t have done it without the countless donations from so many people, so thank you to everyone for their generosity.”

Ruth and Gill will be in Tesco’s in Sale on 7th and 8th December along with some Stockdales volunteers who will be selling Christmas draw tickets and knitted snowmen. But keep your eyes peeled as they are hoping to get a date in October or November too.