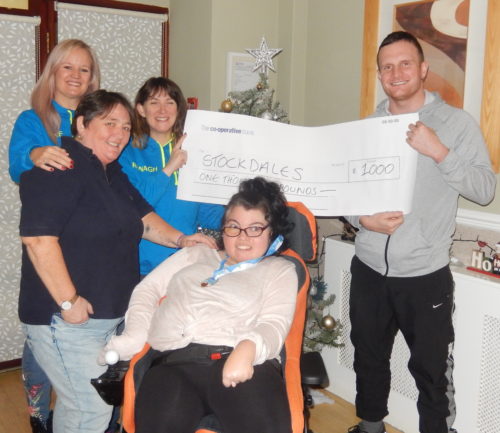 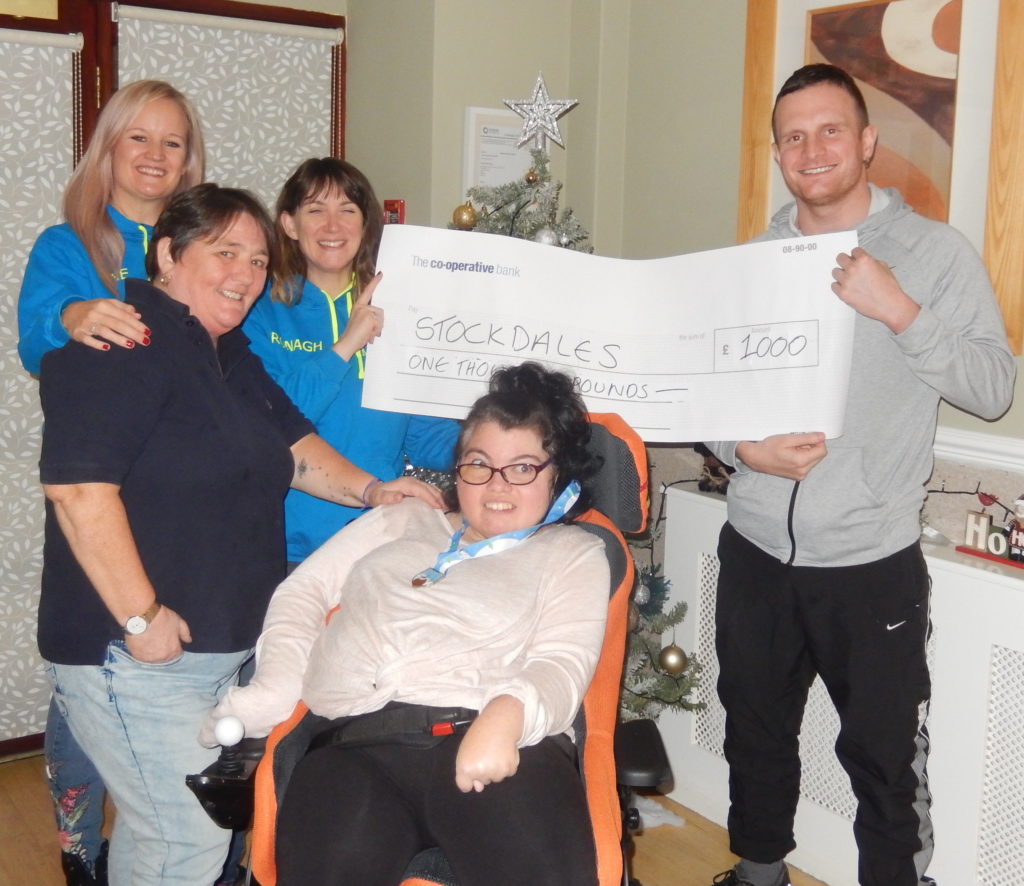 Over 400 people of all ages braved the cold weather in their festive outfits to take part in Sale’s first ever Santa Dash on Sunday 16th December at Sale Water Park. The 2.5 and 5k runs were organised by local running club The Mile Shy Club and raised £1000 for Stockdales.

After registration, there was a group warm up and then it was race time. And the race wasn’t limited to just humans either. Several furry friends turned up to get involved in the festive fun too. Guest of honour was The Mayor of Trafford, Councillor Tom Ross, who even swapped his chains for running gear to take part in the event.

Keen not to miss out on the action, three of Stockdales’ residential service users joined in by completing a 2.5K walk. Their dedicated staff pushed the wheelchairs around a whole lap of the Waterpark. Each participant received a special festive themed medal and goody bag. And there was the chance to have a photo with Santa at the finish line too.

Mile Shy club founder Jane Dennison said, “Christmas one of those times when people reflect on the previous year, particularly those they have spent the year with and those they may have lost. Family and friends become ever more important over the festive period and it’s the perfect time to bring people together.”

Jane went on to say, “The races were aimed at doing this, providing friendship and fun for everyone who attended. Being able to raise funds for a local charity such as Stockdales where family and friendship are hugely significant has been a fantastic thing to do. We thought we might raise a few hundred pounds, so to hit £1,000 is incredible!”

Stockdales is delighted to be the chosen charity for the Santa Dash. What a lovely end to the year! It was great to be involved collecting donations on the day and the lovely atmosphere took away the winter chill in the air. We can’t thank Jane and her team of dedicated volunteers enough for organising the event and for raising so much money for Stockdales. It’s simply amazing! So much effort and hard work went into making the Santa Dash seamless. Thanks to everyone who took part in or supported the event as well. It’s much appreciated by everybody at Stockdales.