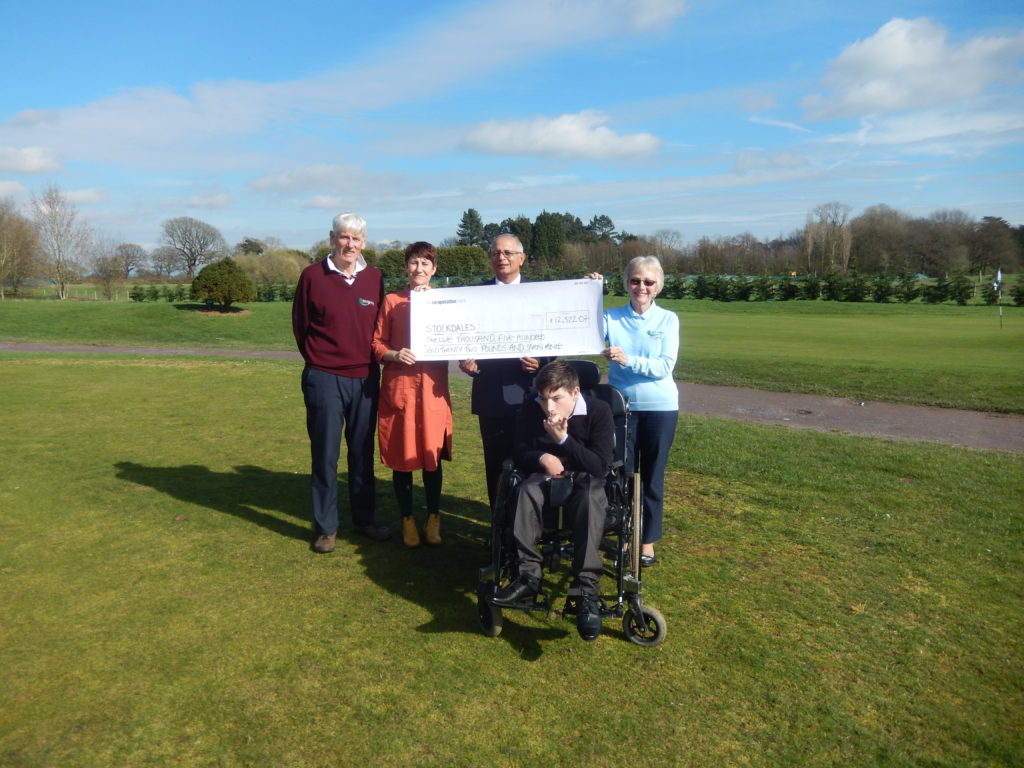 The Captain and Lady Captain of 2018/19 at High Legh Park Golf Club recently presented Stockdales with a donation of £12,522.07. Trevor Pathak and Kath Davies far-exceeded their expectations with this staggering amount. We can’t thank them and their helpers enough for all of their hard work over the last year.

The huge sum was raised from The Captain’s Charity Day and other events throughout the year, along with match-funding of £1,000 from Barclays in Altrincham. Smaller amounts were also given in the collection tins on the bar. But it all adds up and it has helped Trevor and Kath to have a remarkable year.

As the new captains have taken their place at the club, Trevor and Kath plan to put their feet up for a while for a well-deserved rest. And who can blame them after this massive success!? Big thanks again to Trevor, Kath, everyone at High Legh Park Golf Club and Haroon Bangee from Barclays for being so wonderfully kind.